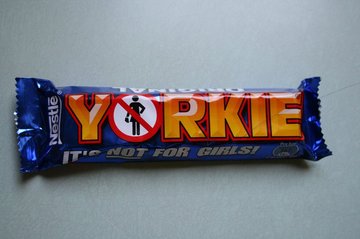 Well, Peter safely returned from his monthlong sojourn in England! He thoroughly enjoyed Chaucer Camp and learned a lot, so if you are ever in the mood to discuss Chaucer, you know who to call. It’s hard to believe he was gone for a full month, maybe because I wasn’t particularly productive. I didn’t even make it through the chore list he left me (and yes, he left me a chore list).
But anyway, he brought me some goodies, and it’s clear he knows me pretty well. The candy bar above is by Nestle, and apparently the whole “It’s not for girls” marketing campaign has rubbed a lot of people the wrong way. Peter and I, however, thought it was really funny, and poo on you, Nestle, because I ate the WHOLE THING with nary a man in sight! It is a nice, solid milk chocolate bar. Tasty. 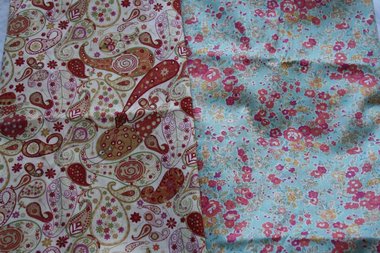 And of course how could Peter go to London without visiting the Liberty store for me? He told me I would have crapped my pants, and he’s probably right. He got me two nice pieces of Liberty fabric. He felt the floral was representative of British prints, and he knows I like paisley and orange colors.
He also brought me some tea from Harrod’s, a little tote emblazoned with teacups and saucers (the photo is on my flickr site if you are curious), and some fun wrapping paper, some of which I cannot really display, as it has inappropriate language on it (some of you probably don’t know this, but I have a great fondness for cuss words). He also brought this instructional and authentic (it has grease smears on it) guide to pasties: 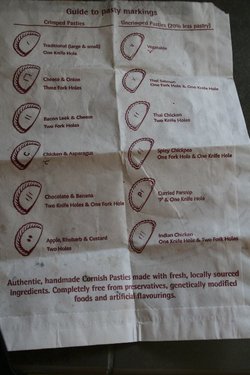