MORE KNITS, people! I also got this fabric from Girl Charlee. It is supposed to be all cotton, and perhaps it is. It is quite lightweight and super drapey. Now, I generally go for a pretty traditional style of t-shirt, but I thought I’d go out on a limb and try to whip up one of the drapey, boxy t-shirts that the younguns seem to be wearing these days. I cobbled together a pattern using this Tamanegi Kobo pattern. I brought the armholes up a bit and made French sleeves, and I lengthened it a bit because I was not going to use the band. The armholes are still pretty gaping, but I don’t really care. The shirt is very comfy and came out better than I thought! If people don’t like being able to see my bra if I lift up my arms, they can look away! 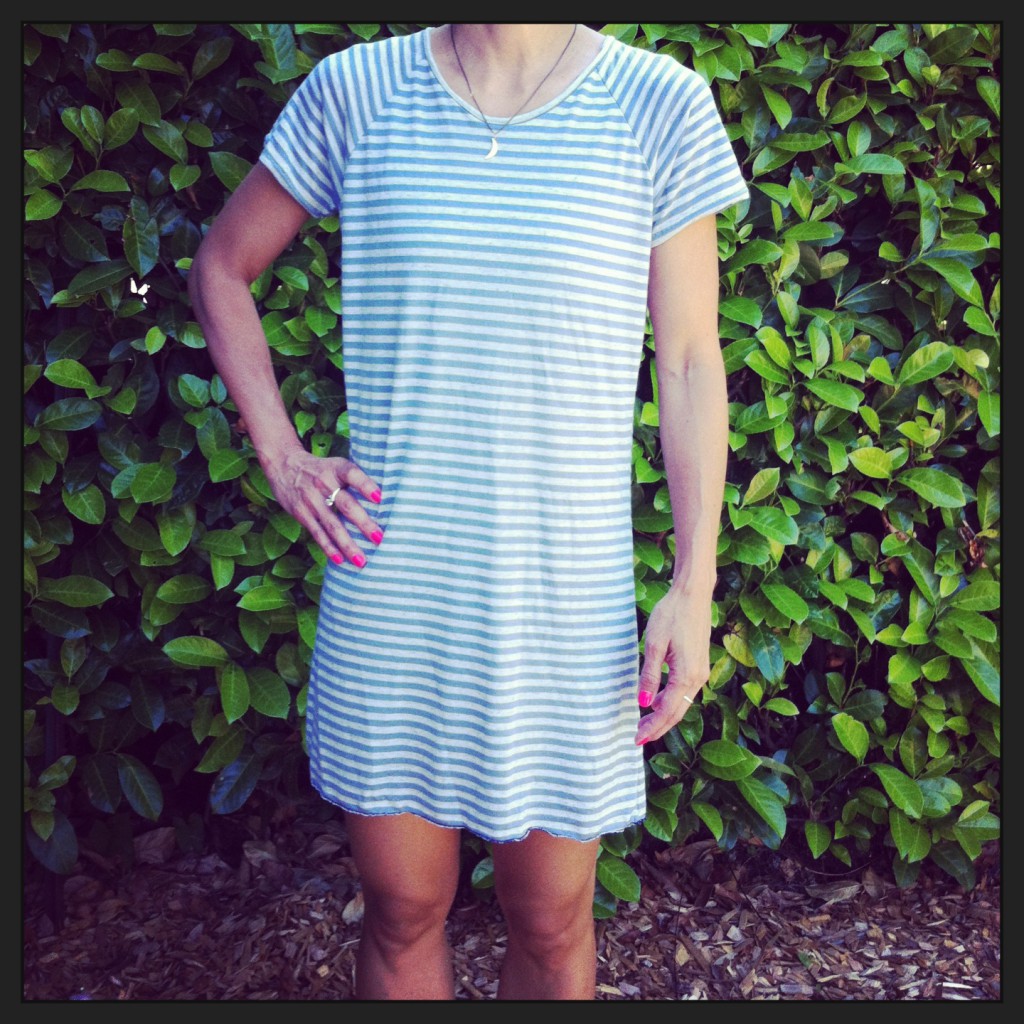